This was published on Reuters.com 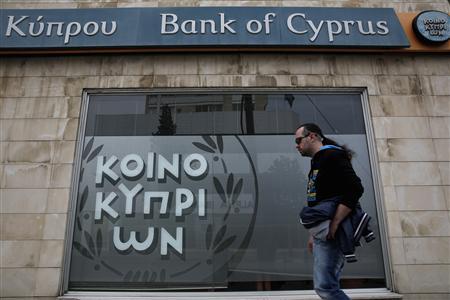 (Reuters) – One day last October, a memory stick containing special software for deleting data was placed into a desktop computer at Bank of Cyprus.

Within minutes, 28,000 files were erased, according to investigators who had wanted to copy the data for an official report into the collapse of the Cypriot banking system.

The deleted files included emails sent and received in a crucial period in late 2009 and early 2010 when Bank of Cyprus, the biggest lender on the island, spent billions of euros buying Greek bonds – at a time when international banks were cutting exposure to the heavily indebted Athens government.

Those Greek bonds lost most of their value in last year’s EU-sanctioned bailout, playing a key role in plunging Cyprus into an economic maelstrom. When banks turned to Cyprus’s own cash-strapped government for help in plugging holes in their balance sheets, Nicosia too needed an international rescue.

Now people in the small euro zone republic, who have lost money and face years of grim austerity, want to know who decided to plough their savings into the doomed public accounts of their bigger neighbor, and why. But answers are proving elusive, not helped by the mysterious wiping of data at Bank of Cyprus. END_OF_DOCUMENT_TOKEN_TO_BE_REPLACED