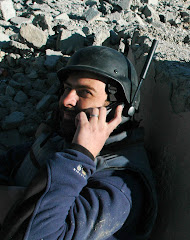 I am a London-based writer and reporter, working as a correspondent on a special projects team of the Reuters news agency.

On this website you can read much of what I’ve written for television, radio and newspapers over the years.

I have covered the subject of national security in its many forms, including terrorism, the work of  security agencies, as well military conflict, including in Kosovo, Iraq and Afghanistan.

For Reuters, I am part of a team that aims to cover subjects that have been insufficiently explored in depth, and we are always open to ideas. After joining them in 2012, I’ve done investigations into Greek banks and looked at money flows around those close the leadership of Russia.

I have a new book, the New Spymasters, published in 2015 about the future of human intelligence – spying –  since the Cold War and into the digital age.

I try my best to respond to all personal messages sent to me at  Stephen AT stephengrey.com.  Please use the subject line “Personal” to help filter out the press releases and spam.

(For secure messages use this PGP public key)