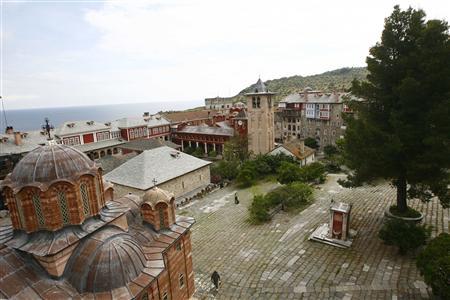 (Reuters) – Like many Greek tycoons these days, Andreas Vgenopoulos is in trouble.

The self-made businessman built one of Greece’s leading corporate empires over the past two decades. Among its jewels was a major bank in the nearby Mediterranean island nation of Cyprus. Then it all started to unravel.

In 2010, Marfin Investment Group (MIG), the firm Vgenopoulos managed which has stakes in everything from privatized national carrier Olympic Air to food giant Vivartia, lost 1.8 billion euros ($2.2 billion). The loss, largely made up of write-downs on goodwill, was the biggest ever for a Greek company to that point. There is a joke in Athens that MIG’s initials stand for “Money Is Gone.”

Meantime the Marfin Popular Bank was a major lender to an order of Greek monks who received swathes of prime state-owned land in sweetheart deals, and who in turn bought shares in MIG. A Greek parliamentary inquiry alleged serious “conflicts of interest” in how bank loans were issued to finance MIG’s wider activities.

Vgenopoulos denies any wrongdoing. But his travails shed light on a factor largely overlooked in the narrative of the Greek economic crisis, which is now threatening to force Athens out of the euro zone and unravel the currency along with it: the debts many Greek banks built up by lending to each other and to associates.

1 thought on “Special Report: How a Greek bank infected Cyprus”